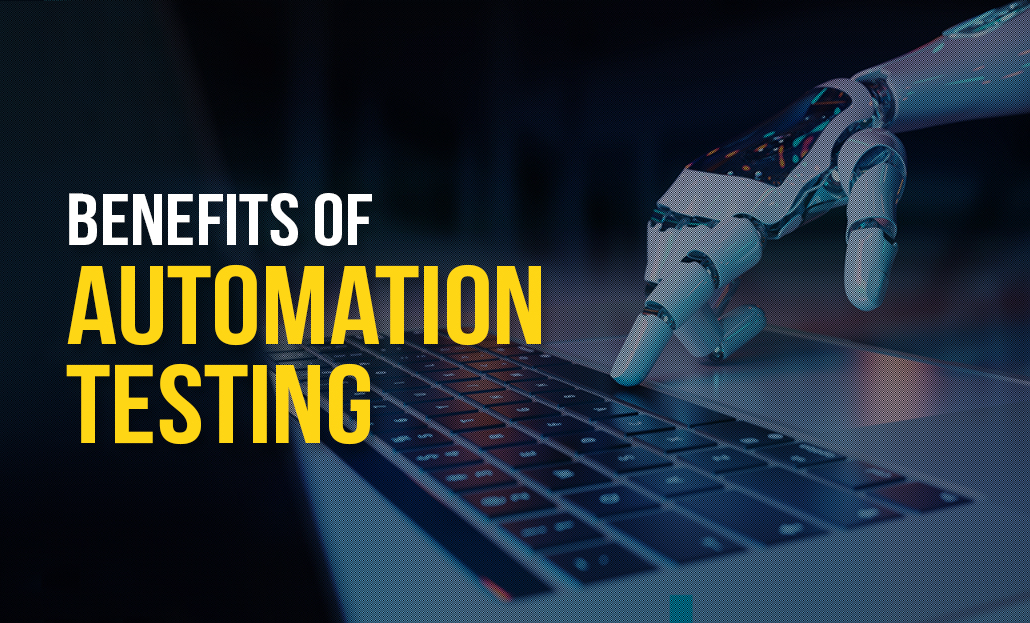 To automate engineering tasks in S.T.L.C (Software Testing Life Cycle), many activities are performed using well defined solutions and strategies that are known as software automation testing. To perform these activities one can, use automation tools to write and execute test cases. No Manual intervention is needed while executing an automated test tool. In the automation testing process, the same test suites should be executed repeatedly for the successful development of the product. These tools help to record and replay the test suite (collection of test cases or test scenarios) when it is required. The purpose of automation is to reduce the number of test cases to be run manually and hence reduce the time to execute them.

As test automation requires a considerable investment of resources and money, we should be able to decide a few things like when to do automation, the scope of the automation, selecting the best tool for automation, selecting open source tools if it is feasible. It is important to analyze the costs and benefits of test automation to decide up to what level of coverage is appropriate for a project. Also, QA teams should constantly study new technologies that can help to make the process more efficient considering the way for less time, cost, and also greater test coverage. Before considering these factors, we should be aware of the benefits of automation. A few of the benefits are listed below.

The stakeholders will be benefited from automation testing in the following manner:

1. Improving Work Accuracy – There are high chances of human errors in the case of Manual testing due to most dexterous testers who execute the same test cases multiple times. But with the automation testing strategy of write-once execute multiple times we can eliminate such errors. The test coverage can be increased multifold by automating the tests.

2. 24/7 Test Execution - This is one of the major benefits of automation testing over manual testing. With the help of automation, one can have the flexibility to execute testing at any time, from anywhere in the world. We cannot carry our computers, laptops, everywhere. Also, if somebody asked you to perform regression testing apart from your work time after a long day at work, you might be too tired to perform it, hence the quality of the product may suffer again. To avoid such situations automation is the best choice.

3. Speedup the Testing Process - Automation testing is comparatively faster than manual testing, because of the use of tools and test scripts. This will be additional benefits to the QA team as it helps them to increase the speed up the execution with ease, and still meet the deadlines given to accomplish the work

4. More Test Coverage - Automation testing can improve the total test coverage because it allows us to cover more test cases in less time. Human errors, rush in completing work and repetitive tasks may affect test coverage as well hence Automation Testing tools simplify such problems. Test automation tools can do tests unattended, which results in better utilization of time. Automation Testing is much faster and accurate in fill-in in the input data. The best example of it is data-driven testing i.e. excel automation

5. Early Bug Detection - To detect bugs during the early stages of the software life cycle automation testing works well in this case. It will save them time and costs for fixing the bugs later. The earlier the defect is found, the more cost-effective it is to fix the bug. Moreover, the parallel running of test cases makes it possible to generate detailed and effective reports for easy comparison. The documentation of the list of defects becomes easier for the team to understand.

6. Increase the Scope of Testing and Complete maximum tasks in a short time frame - Test cases that are impossible to achieve with manual testing Automation testing can execute. For example, cross browsing and regression testing, which involves executing a test against multiple sets of inputs, can turn out to be an irritating task for manual testers but can be comfortable with automation

Automation testing can value to the organization in the following manner:

1. Reduce Testing Costs – The earlier we detect the bugs, the less expensive it will be to fix them. As compared to manual testing the automation leads to a reduction in the cost of bugs and hence it is significant to cost reduction for the organization. It contributes to a higher quality of product

2. Maximizing Return of Investment (R.O.I) - Due to repetitive manual testing, it takes a considerable amount of time to launch a product to market. However, automation testing can help to reduce product launching to the market and that launch a best quality bug-free product, by taking care of repetitive tasks with a smaller number of resources on-board and hence maximizing Return on Investment for businesses

3. Faster product delivery possible - Automation saves time through several features like parallel execution of test cases, cross browsing and regression testing, etc. and hence product can be quickly delivered. This is another reason why businesses should switch to automation as it delivers a product within a short period frame as compared to the manual process

The benefits of automation testing are available in a wide range. It also offers learning skills to QA and removes headaches for every tester. Automation testing is important because it allows the organization to achieve its goals of testing and fetches higher R.O.I than its initial investment. Therefore, it turns the QA Process into a QA Automation process. It allows Testers to utilize their precious time in much more productive tasks of enhancing product quality. Automation Testing is for sure much more enjoyable and every tester must experience it.

When to opt for manual testing & automation testing?

Step Ahead In Competition With AI Test Automation