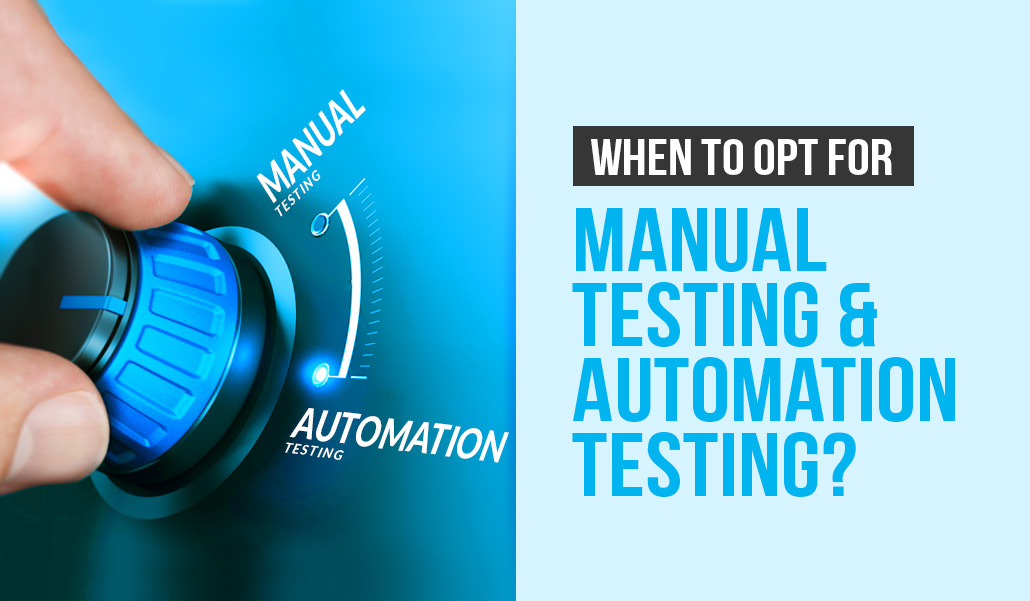 When to Opt for Manual Testing & Automation Testing?

There are several factors that affect the kind of testing that we do for the software products. We adopt testing to provide good quality deliverables to the end-user. The testing phase is one of the main aspects of the Software development life cycle. As a tester, we start our process with manual testing. But as per the current scenario and market demands, we have begun to rely on the automated testing tools to deliver defect-free products to the clients.

Automation testing is incomplete without manual testing. When a client gets confused between automated vs. manual testing, we want to help you to make a quicker decision on what to use.

In Automation testing, we can go for API testing (Application programming Interface testing) and Functional UI testing to verify that all the features of the software are working as expected. For API testing we can go for tools like ‘Postman’, SOAP UI, or ‘Rest Assured’ and for UI Functionality testing we can opt for Selenium or Test Complete or any other similar tools available in the market depending upon the requirements.

In API testing we are testing for the web services as a part of integration testing to check whether it meets our expectations or not and in the functional-based automation testing, we determine that all the functionality is working as expected based on the current UI of the application.

Most automation testing tools are designed in a way to test any kind of functionality right from button to upload image etc. however, there are some steps that cannot be automated, no matter which automation framework you adopt. And in some cases, the automation framework that you have chosen to implement simply does not support the kind of testing you are expecting it to perform. For example: if you want to test any window-based application then selenium won't be supported for window-based application. So, it is necessary that you have a little bit of knowledge of the automation framework in conjunction with the test cases you are looking to automate.

Here we come up with a series of questions to help you to choose the best type of testing according to your needs and resources.

1. How often do you want to run your test suite (Test Suite is a combination of multiple test cases)?

If you want to run your test suite a lot of times in a test cycle, then automation testing is the best choice in such cases. Repeated testing is not a time-consuming activity when you perform automation.

Some features have higher chances of failing than the others. Such a high priority feature is better to be tested with automation testing tools to reduce the human error like the feature might be missed during the testing cycle. For the other features of the applications, you can definitely -go ahead with executing the test cases manually.

3. In the case of Data Parameterized testing?

When you need to perform the same test with multiple data sets, it gets time consuming and boring to perform the same actions again and again. To avoid that, in such a situation we opt for automation testing as it saves human efforts, time, and money.

4. In case of Regression/Smoke Test Suite?

In a regression testing, we test for various important features of the application to check that after the developers make some changes then no new bugs have been introduced in the functionality of the application which was working fine previously. Regression suits need to be tested after every defect fix cycle. In the case of a regression suite, we suggest going for automation test testing because these test suites have a fair number of test cases which we need to run after every defect fix cycle or when any new functionality is added in the system.

5. In case of frequent changes in the UI and the functionality?

When we are having frequent changes in the application UI or functionality then in such cases manual testing is the right approach as in this case it is very difficult to maintain the automated test cases as it would be really time-consuming to update the automation test cases again and again and this would, in turn, increase the cost as well. In case of uncertain changes, we opt for manual testing.

6. Testing the software application for the first time?

When we start our testing procedure for a website or software for the first time then in such cases we opt for manual testing to see the application behavior to check whether it is working as expected or not. It is highly probable that we would get a high number of bugs during testing a product for the first time and once the application is stable then we can go ahead with automated testing.

7. In case of Exploratory testing?

Automation test cases only perform human triggered action. So, whenever you want to explore the application for its different behaviors in such cases we perform manual testing.

Exploratory or ad-hoc testing gives us an opportunity to see “what will happen if I will choose this way or another way”. It will give us an application curve graph because in ad-hoc testing test cases have no boundaries. 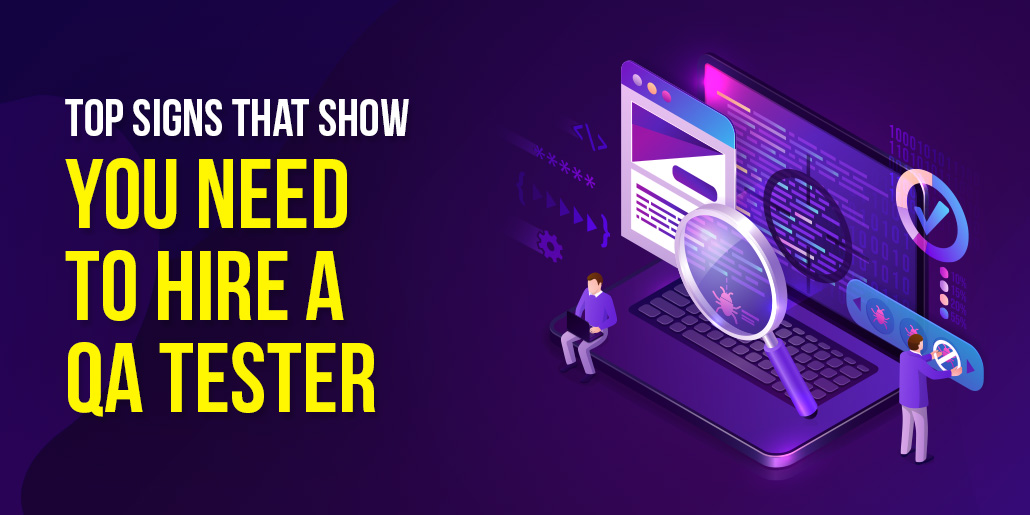