Why API Testing is required?

API is the acronym for Application Programming Interface which acts as an interface to communicate between two software systems. It can be called a function, which consists of code written or specific functionality/business operation, and can be mapped with the front-end code to abstract the programming complexity and business logic written. API would help, to a great extent, to have a business logic segregated from the other application resources and to have cross-platform compatibility.

Why APIs are important?

As mentioned above, API could be considered as an engine for the application and it should be expected to be working fine without any deviations and errors. To achieve this, we need to conduct testing activities on the collection of APIs. Apart from this basic reason, there are a couple of more reasons that can be helpful to understand the importance of API testing, as below:

1. To narrow down the probabilities of defect detection at a later stage

API testing is a phase where we are conducting the testing activities before coupling with UI stuff for the application. So, it is a very early stage from where we can find any defect, present in the core coding, for the application. When we are making sure that the API is working fine without any errors, providing a reasonable set of inputs, we are also ensuring that the same set of data won’t create any problem when coupled with application UI and hence, it would be relatively easy to fix in the API testing phase.

2. Automation possibilities for the API testing

There are multiple toolsets and libraries available which can be used to automate API calls and by that, we can create an API testing automation suite. In the era of CI/CD, that suite could be hooked while making deployments or integrations, to save that manual effort to test the whole set of APIs works behind the application.

The same set of APIs is being used when the same application is made available for different platforms like mobile, desktop, etc. So, when we are testing API collection, we are also ensuring that the business logic will provide the same functionality across the set of platforms.

With API testing, we can detect the bugs and defects at very early stages and as per the thumb rule, whenever we could manage to detect the fault at early stages, we are saving the cost as well, along with efforts.

API testing takes less time compared to functional testing considering the same set of scenarios to be tested as we just need to change the parameters for each call instead of filling out whole UI forms in case of functional testing.

With API testing, we can look for security loopholes as well by providing a specific set of parameters to imitate the possible ways of phishing attacks. We can check how API can respond in case of such attacks.

API is the bridge to fetch out data from the data table with some or complex processing on it. It is advisable to check on time to get a response from the particular API to check the performance of the overall application. If it doesn’t meet the criteria then the optimizations need to be made.

API tests are fast and simplify the validation of business logic, security, compliance, performance, and other aspects of the application.

After considering the above points, one can say that API testing helps us to achieve a good quality of the business logic written without consuming more time compared to filling out whole forms from the UI level and checking the application behavior. Also, automation of the API testing is a very easy job to carry out and it is adding much value to the application quality. So, saying that, it is very important to conduct API testing while testing the application and to accommodate in the test plan which would be agreed upon.

How Do I Hire Web API Developers in India? 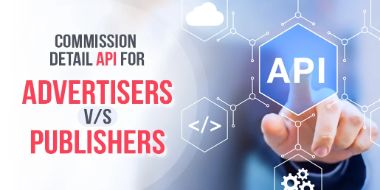