Nobody feels excited to do the same tasks again and again. Unfortunately, regularly updated software is highly prone to bugs and errors whenever the code is being updated or modified. So, repeated regression testing is vital to find software failure, before release deadlines. However, when your software grows, so does the regression test suite. If you’re doing the regression test 1,000 times, for example, you can hire automation testers to write the test scripts for regression and save your time & money.

What is Regression Testing?

Regression testing is nothing but executing the existing test cases to make sure that the existing functionalities work fine. The rise of agile has significantly impacted the testing practices. In the traditional waterfall model Testing was thought of to be the "last step" before the release of software build.

With the increasing customer demands for agile development, the frequency of testing the application has also increased. With each release the testers need to make sure that the application as a whole is working as expected and there are no impacts of the new code that has been put in which might affect the existing working functionalities.

Why Switch To Automated Regression Testing?

Each time the software is to be released, it needs to be tested and repeated until all of the functionality is verified. Regression testing that occurs after development requires a thorough QA review to make sure the application is behaving as expected.

Because regression testing is intended to check the existing working functionality in the system, it requires constant repetition with each release cycle. A fair amount of regression testing is required to ensure that no new development causes bugs or breaks in the production environment.

Not all bugs are caused by new features or the consequences of routine bug fixes. Bugs can also occur due to database updates or new browser versions, in the case of web applications. There can also be an issue with efficiency and speed. Automating stable and repeatable cases, allows testers to spend more time on testing various environments and merging more complicated cases.

When regression testing is automated, you can

Automated regression testing becomes essential for large & medium scaled projects (six-months long or more) on the stage when the project is stable (no critical changes in business logic and UI are expected). You should begin the regression test suite right from the sprint 0 and update it with each sprint.

Based on our experience, here is the effective automated regression testing strategy:

1. Identifying the platforms to automate (Web/mobile/desktop)

The first step is to identify the platforms for which you want to automate the regression testing. You can prioritize it based on the platforms that are used by the users the most.​

Once the platforms for automation are identified, the next step is identifying a suitable tool to be used for automation. The factors to consider while selecting the automation tools include:

3. Identifying which regression tests can be automated​

Remember, 100 % test automation is not possible due to various reasons, including

4. Prioritizing the test to automate​

It is always advisable to take the tests with the highest priority to be automated first. The core functionality /features of the project should always be taken up first for automation. For this, the priority and severity of the tests should be defined, to decide which test should be taken up for the automation.

5. Identifying when to start the automation ​

You should start automation only when the module/feature in consideration is relatively stable and not much of its core logic is expected to change in the near future. If you keep changing the feature regularly, then the automated regression testing are bound to fail in such conditions.

One of the core initial steps in the test automation process is to identify and set up the base test automation framework so that there is a consistency in the code written by multiple people and the code is maintained in a structured manner.

It will also help to set up the reporting capabilities and will ensure a smooth process later on. You should also identify the code repository and a separate test environment on which the tests can run regularly in the initial days of the test automation.

7. Writing the script for automated tests​

Now, it’s time for the Automation Testers to write the test scripts and merge their code regularly in the code repository.

Once the tests are ready and working, the next step is to run the automation test by using a CI tool like Jenkins. This would ensure that the automated regression testing will run regularly and the stakeholders being notified with the same.

This automated testing reduces the overhead of manual testers to run the same tests each time and share the reports. Hence automating these processes is key. You can trigger the automated tests to run based on your requirement - may be daily, weekly, or when a new code is added into the application by the developers.

Whenever the new software updates happen, it is important to keep updating your regression test suite and also keep adding new automated test scripts or updating the existing ones. This would ensure that your automated tests are up to date and you can trust them before releasing the product to the end-users.

Automating regression testing where your code is steady & uncomplicated will assure your product is running smooth while saving your developers and testers time. The above-mentioned approach, specific to reduce regression problems can go a long way towards a high brand value and good client relationship.

Remember, regression tests automation is a complex process, which needs an expertise in test automation. You’re welcome to leverage our 19+ years of experience in software development and testing & leave your worry of test automation and web testing to Clarion! 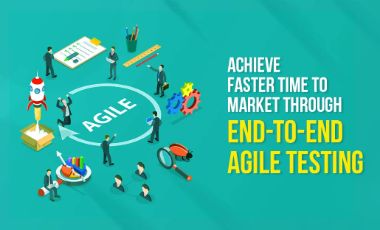 Banking & Finance App Trends To add value to your Business