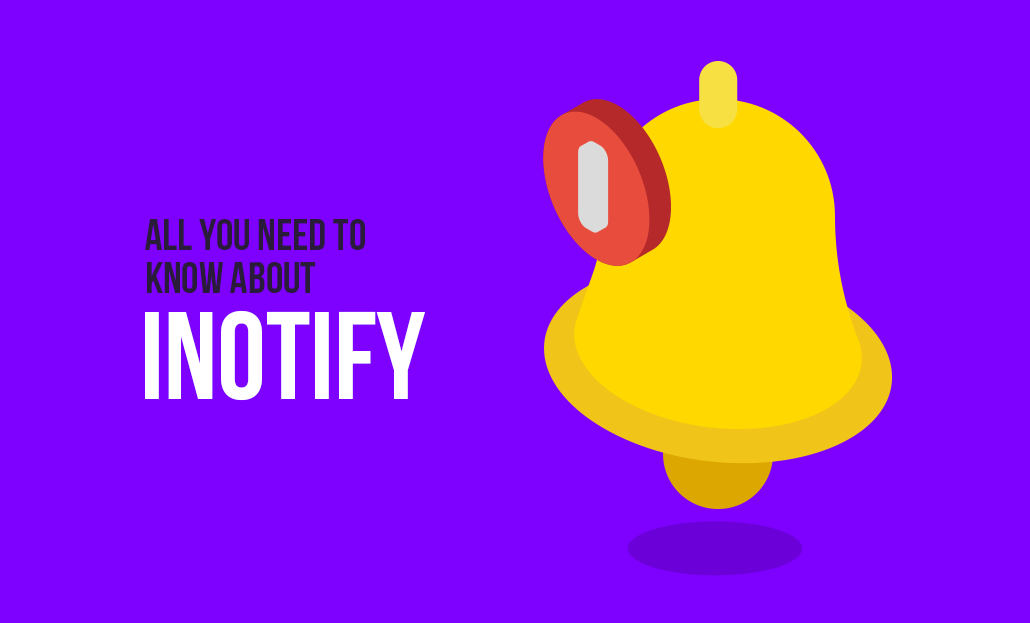 All you need to know about - Inotify

Nowadays, it is common to automate almost everything to keep pace with the fast-paced world with the available technologies and increased capabilities. Automation saves lots of time & helps in managing things efficiently. One such feature is Inotify, which was created by John McCutchan in 2005. Later it was incorporated into Linux kernel mainline released on August 29, 2005, with kernel version 2.6.13.

This Linux Kernel subsystem serves as a file change notification system. It addresses the major process of automating folder-monitoring mechanism to track a folder for each & every change.

How does Inotify Work?

The Inotify develops a mechanism for monitoring file system events, which watches individual files & directories. While monitoring directory, it will return events for that directory as well as for files inside the directory.

It has a significant benefit in desktop search utilities like Beagle, where its functionality allows reindexing of changed files. It frees you from the inefficient processes of checking the filesystem for changes. Besides, Inotify automatically updates directory views, reloads configuration files and logs changes, backups, synchronizes & uploads.

The Inotify package is not bundled with PHP by default. You need to download this extension from the PHP repository called PECL. Click here to find the detailed systematic information for installing this PECL extension.

With PECL, it is simple to make shared PHP extension by using the following command.

The only thing you require to do is add the respective extension in the base command as shown below:

The above command will download the Inotify source, and install Inotify.so into your extension_dir.

The table below depicts the various Inotify extensions and their functions:

How Inotify can be implemented?

Just consider a scenario, where you need to auto-import a CSV file data to the database whenever a new file is uploaded to a specified folder. Here is a sample script to achieve the same in Linux server:

Next, create a file as “helloclarion.csv” and move it to the source folder specified. As soon as the above file is uploaded, a message is triggered as shown below:

Where Inotify can be used?

The requirement to scan a filesystem to trigger an action is a common one. A wide range of common tasks requires this mechanism, including:

Inotify is used in several antivirus systems and security apps, including Tripwire in order to discover any changes in the filesystem. With Inotify, anti-virus detectors re-scan the file system for modified files to detect if any malicious intrusions have occurred. This kind of applications use a user-space device through which Inotify events are triggered between the kernel and user-space applications. This device is connected to the kernel buffer in order to collect as well as temporarily store the filesystem events. As such, the user can be notified when the target file is overwritten with any malicious activity.

Since Inotify works only on Linux, here are other alternative options that offer similar solution:

Inotify has been accepted as an effective way to monitor events in the Linux filesystem. It enables to monitor several events on files in your file system. Undeniably, it is a convenient way to manage files to be used in the applications.