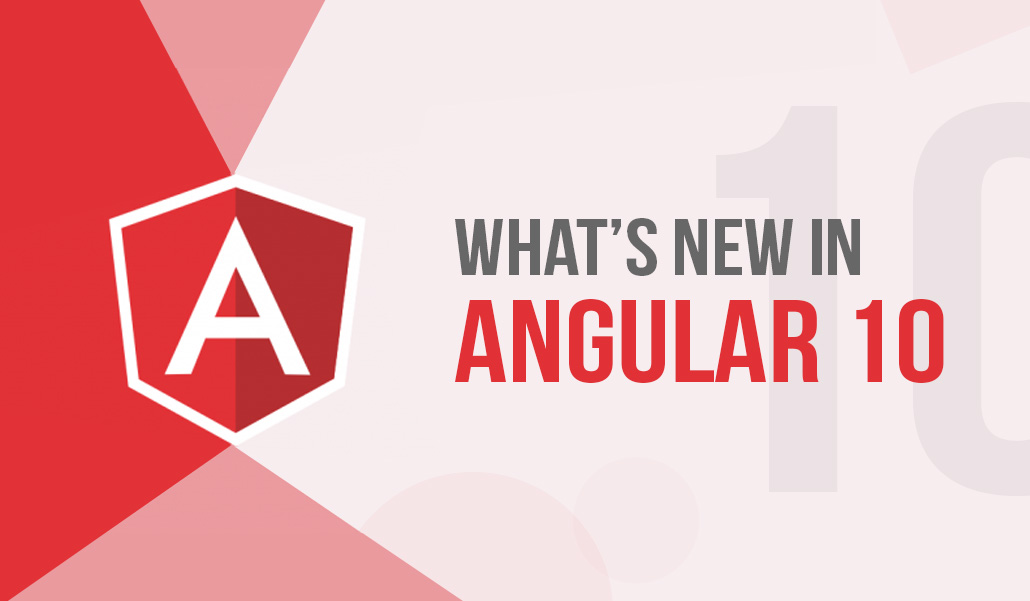 Version 10.0.0 is here! This is a major release that extends to the entire platform, including Framework, Angular Material, and CLI. This release is smaller than normal.

Angular 10.1.0, the release of tracking point to Angular 10, released on September 2, brought improvements to the performance of the compiler and router as well as a new messaging tool.

Angular 10 was generally available as a product release on June 24. The major development of the Google-based framework, which is based on TypeScript, puts more emphasis on quality, tool, and environmental development than new features.

What is this release?

The resource-specific interface compiles multiple file types using the project interface that creates ScriptInfos where required. Auto-complete also appears to have been removed from HTML entities, such as &, <, etc., to protect the basic functionality of Angular LS, which carries questionable value and operating costs.

Browser configuration for new projects has been updated over older and less used browsers. This includes the side effect of disabling the automatic construction of the ES5 for new projects. One simply adds the required browsers to the browser list RC file. Enables ES5 to build and separate browser loading.

In the latest angular version, the integration interface has been added to wrap the actual ngtsc connector. Angular Type 10 has added word spaces for property reading and road calls. In addition to this dependency information, ng content selectors, Angular Language Service have also, been added to the metadata. It also welcomes the stream of direct cost times in ExpressionBinding for a small syntax quote in ParsedProperty, which can also extend the length of time across ASTs (both VE and Ivy).

Angular version 10 provides a more robust project set up to create a new work environment with a new ng.

Once this flag is enabled, it launches a new project with a few settings that improve security, help catch bugs early, and allow CLI to make further improvements to your application. Enabling this flag sets the app as a free side-effect to ensure great tree tremors.

With this angular 10 features, there has been an A-based point-finder acquiser, designed to process only entry points that can only be accessed through a program defined by the tsconfig.json file. By using this option, one can refresh the process with highly dependent areas installed with a small number of login points entered in the app. This particular feature helps to specify and reduce the file size of the entry point.

The basic package method and access points do not require file storage, which is why Unsupported spam lists can be avoided. In previous versions, ngcc seemed to browse the log files to include dependencies. This can take a lot of time for large node modules.

One can see the improvement in performance obtained by reducing the size of the entry point. Also, the temporary preservation of dependence is done within the expression point entry and is read from there in contrast to the regular calculation. Previously, even if the entry point did not need to be processed, ngcc (Angular Ivy integration) could scan access point files to calculate dependencies, which can take a lot of time for large node modules. Base Paths calculations are done lazily to improve performance. What was previously done whenever the recipient was verified is now only done if required in TargetedEntryPointFinder.

Angular 10 includes TypeScript 3.9. In contrast to the previous version which supported TypeScript 3.6, 3.7, and 3.8. TypeScript is the language that builds on JavaScript by adding syntax for type announcements and annotations used by the TypeScript compiler to type our code.

This also makes clear JavaScript readable which works for many different start times.

TypeScript helps save files with its systematic editing functionality for all editors. With Typescript 3.9 the team is working on performance, cooling, and stability. In addition to bug fixes, this version enables things like finishing, quick fixes, and speeding up the integration and editing experience.

One of the great advantages of Angular 10 is that the latest version of Angular supports the integration of multiple translation texts that can only upload one file to previous versions. In practice, this means that you need to prioritize the documents, with the translation that comes back later.

The CanLoad Guard can now go back to the Urltree angular version 10. The CanLoad Guard returning the Urltree cancel the cutting navigation and help redirect. This is similar to the current behavior than the available CanActivate security which is also explicitly included. This however does not affect preloading. Also, any routes with CanLoad guards will not be loaded first, and the guards will not be finished as part of the preload.

In previous versions of the Angular Vary articles may have been considered while retrieving resources in the archive, but completely suspending the retrieval of saved assets is key to unpredictable behavior due to incompatible / buggy usage in various browsers. However, in the angular version 10 Vary articles are ignored while retrieving sources from ServiceWorker cakes, which can lead to access resources even if their titles are not the same. If your application needs to separate its responses based entirely on application topics, it is important to ensure that Angular ServiceWorker is configured to avoid saving the affected resources.

Angular 10 includes TypeScript 3.9. In contrast to the previous version which supported TypeScript 3.6, 3.7, and 3.8. Angular 10 has also reduced the installation of ESM5 or FESM5 piles that store 119MB of download and timing while running cable or npm installation of Angular packages and libraries. any downsizing to support ES5 in this version will be done at the end of the construction process.

We will also see the downgrade of older browsers including IE 9, 10, and Internet Explorer Mobile based on complex social interactions.

Logic is updated about the time of daytime formatting that falls at midnight, so that it corresponds to the time during the day that passes past midnight. Apps that use formatDate () or DatePipe or format b and B codes may be affected by this change.

Another point under this section is that any solution that returns EMPTY will likely cancel the roaming. To enable any navigation, engineers will need to update the resolutions to update a

particular value, such as by default!

Angular NPM in version 10 does not contain good jsdoc expressions to help the advanced preparation of Closed Compiler. Integration Lock Support in applications has been tested and damaged several times. For people who will be using Closed Compiler, they may be better off taking Angular programs built from direct sources rather than incorporating variations posted to NPM. As with previous operations, customers cannot forget the use of their modern construction pipeline with the closing flag –compilation level = SIMPLE. This flag will ensure that the construction pipeline produces building materials that are constructed, runnable, at the expense of the payload size as soon as possible due to improved development.

Among all the angular 10 features, this is an exciting one. All alerts will now be imported as errors. This won't break the app, but it may play tools waiting for you to sign in with

the console error. Generic was made binding to ModulesWithProvider in this new version, to work with Ivy integration and pipeline delivery. This ensures that if the engineer uses View Engine, no build error will be removed. In this case, ngcc will not be able to help and migration may simply cover application code.

With this version of Angular 10, there have been many bug fixes, this includes a compiler that avoids unspecified expressions in the holey sequence and the essence to avoid the error of migration while inserting the missing mark. Other bug fixes ensure proper identification of modules affected by over-writing in TestBed.

All pre-Ivy dependencies from npm should be converted to Ivy-dependent, which should occur as a prelude to launching ngtsc in the application. Continued all future integration and connectivity

Angular version 10 is so far the most advanced one. It has overcome the previous shortfalls and introduced the new features that can make the software development cycle an easy journey.