The Internet of Things is on its way to become the biggest software development and testing opportunity of all time. IoT brings many new things to the table in terms of testing requirement , including quite a few unusual device types like home appliances, watch sensors etc. With such an eclectic mix of products in the IoT ecosystem, it becomes imperative for the QA team to come with an effective test strategy to meet the quality of these diverse products.

The ever-increasing number of applications that are being developed continually expands the Internet of Things (IoT) ecosystem. With such rapid expansion, organizations need to ensure that these applications are continuously and thoroughly tested before being implemented in this connected world of devices we call IoT .

Hence, the role of QA becomes critical as such a set up involves testing hardware and software and the connectivity which helps in transmitting such huge amount of intelligence.

Therefore, it becomes imperative for us to be aware of the challenges associated with IoT Testing before we can come up with an IoT Testing framework that would help us handle these challenges.

Some of the major challenges testing an IT set up are -

As discussed above, the IoT set up introduces innumerable challenges. To overcome such eclectic mix of challenges, the QA needs to make sure a robust testing framework is in place. Though designing a framework depends on the various types of devices involved in the IOT ecosystem, some basic features that should be part of the IoT Testing framework are listed below:

An IoT setup uses various software testing approaches from our regular QA practices to validate the IoT applications. It is important to give equal emphasis on all the three IoT core components viz Devices, Communication between the devices and computing the amount of data that needs to be processed and analyzed.

The following types of testing is recommended across the IoT ecosystem:

Sensor networks, real-time data collection applications, middleware, interfaces and M2M protocols are just a few variables that could bring in more injectable points and new security threats. Security test at the device and protocol level is one of the important areas where issues can be detected at the source.

Example: Verify no unauthorized access to device Or Verify the data on compromised devices can be remotely wiped out.

Example: Verify IoT application has all required features working as per the specifications Or verify whether the User Experience (UX) is good.

Example: If a user is using an iPad as well as a Mac for IoT application, the transactions done or data saved on iPad is “As-is” when accessed through Mac desktop.

An IoT  set up consists of a diverse mix of elements like Sensors, Applications, Network and Datacenter.  Therefore, it becomes very important for the QA group to determine the various type of testing that needs to be conducted on these different IOT elements. Needless to say, not all types of testing are applicable for the various IoT elements.

IoT is set to play a key role in the business world as organizations increasingly look for innovative ways to maintain their competitive edge. 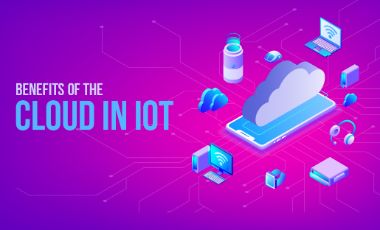 Benefits Of The Cloud In IoT